Dog ownership is increasing, and is very common throughout Virginia, Maryland and Washington, D.C. But some dog owners do not properly train and control their dogs, and their failure to use reasonable care to protect others from being attacked or bitten by their dog can cause serious and permanent injuries to victims of dog bites and attacks. If the dog owner lives in a home covered by homeowners insurance, most homeowner policies will provide coverage for a dog bite or dog attack claim. According to a recent article by Forbes, in 2010, insurance companies incurred an average cost of over $26,000.00 to resolve these types of claims. This figure illustrates how severely a dog bite or attack sometimes injures the victim.

Most jurisdictions in this area, including Fairfax County, have “leash laws,” which prohibit dog owners from allowing their dog to be unrestrained, other than on the dog owners' private property. If the owner violates this law, he or she may be liable for the injuries suffered as a result of being attacked or bitten by the unrestrained dog. More generally, the law in Virginia is that a dog owner owes no duty to another absent knowledge of the propensity of the dog to attack or bite, but contrary to what many believe, this does not mean that “every dog gets one free bite.” For example, if the owner of a breed of dog known for aggressive behavior, such as a Pit bull or Rottweiler, invites guests to his or her home, and one of the guests is attacked by the dog, the owner may be liable for the guest's injuries, even if the dog had not previously attacked or bitten someone.

Children especially are vulnerable to dog bites and attacks, as they may lack the knowledge and experience to be wary of a unfamiliar dog, and for the simple reason that their short height makes them lower to the ground and thus easier for a dog to attack them. Unfortunately, children are also particularly vulnerable to serious facial injuries from dog bites, and facial reconstruction surgery is sometimes necessary. Permanent scarring to any part of the body may also be the result of being attacked or bitten by a dog. Obviously, a child, or an adult, who suffers serious injuries from a dog attack may also suffer emotional repercussions; they may be unduly afraid to be near any dog, no matter how small or gentle, and seek to avoid being outdoors to avoid encountering any dogs. These types of damages, in addition to medical bills and lost income (for an adult), are recoverable in a personal injury claim involving a dog bite or attack.

Ackerman & Falcon has successfully represented adults and children who have been injured by a dog attack or dog bite. He has the knowledge, experience and commitment needed to obtain fair compensation for the victims of negligent dog owners.

If you or your child have been injured by a dog, please call us today at 703-288-1400 or contact Ackerman & Falcon online for a free, no-obligation consultation.

Thank you for contacting us. We will get back to you shortly.

Please complete all required fields below.

Ackerman & Falcon Is Here for You

Ackerman & Falcon focuses on Personal Injury and Workers' Compensation. We are here to listen to you and help you navigate the legal system. 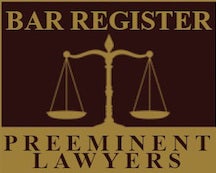 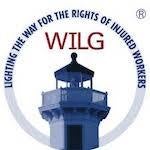